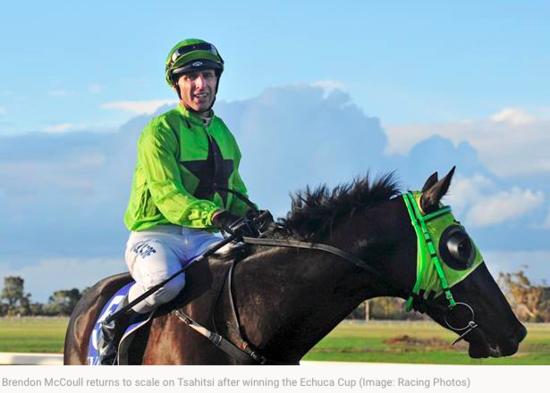 The five-year-old endured a wide run for much of the 1400m contest but relished the Soft 7 conditions to get the better of race favourite Moss ‘N’ Dale over the final furlong and score by 1.2 lengths.

After a luckless run behind Inspector at Flemington last-start, Miller was confident the talented son of Clangalang could atone with a win and frank his domestic form around the likes of Admiral and Hellova Street.

“His form was really good going into this race today and last start at Flemington he was something beat, it was hard to watch, so we were confident he’d run well today,” Miller said.

“We were hoping he’d have a bit of cover but he was just travelling so nicely and I was pretty confident coming around the turn.”